All pet foods seem to look the same and cats and dogs both eat meat, right?

You might be curious if your kitty can – or should – be helping himself to a big ol’ bowl of kibble alongside his best canine pal, or if it’s going to make him sick.

Your cat shouldn’t be chowing down with your dog – and even though he seems to like it better than his own food, it’s just not designed for his body.

Although dogs and cats are both carnivores – dogs can handle a wider variety of foods while cats on the other had are obligate carnivores, only eating meat. Cats don’t produce taurine themselves – something that’s vital for healthy organ function in felines. In natural diets of cats, like – fish, birds and rodents – concentrations of taurine are relatively high.

There’s not enough taurine in dog food for cats. While dogs can produce their own – cats require taurine to be supplemented by their diets. Long term exposer to a dog oriented diet would be detrimental to the health of any cat – which can eventually lead to

Luckily this can sometimes be caught early and easily treated with a taurine supplement given to the cat – which in my experience is eagerly eaten by even the most finicky of felines.

Learn From My Mistakes

My cat had formed a preference to dog food and we didn’t give much thought to eliminating her own food bowl to save money. What was the difference? They basically had the same ingredients it would seem – to the untrained eye. 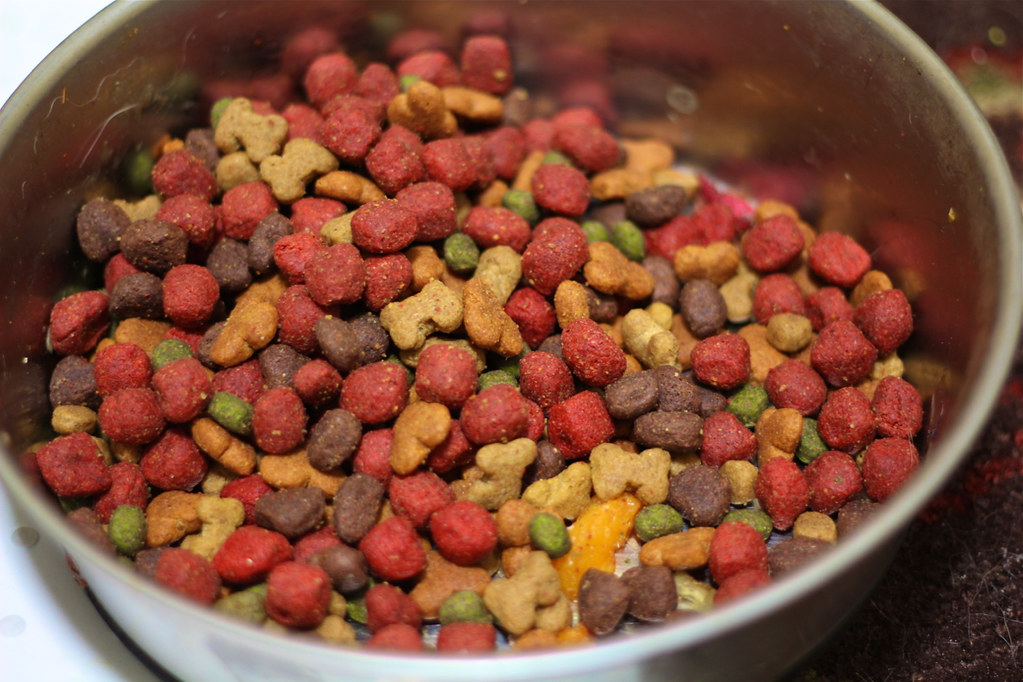 What I didn’t realize was that we had eliminated a vital element of her diet and it was the catalyst of a slow decline. Over the next year or two I watched her waste away, losing weight and energy. Eventually it got to the point it was obvious, she was dying. We took her to the vet, she was jaundiced – her eyes, ears and gums yellowing. It seemed hopeless and inevitable that the end was near – Desperate, I grasped at straws.

When I mentioned that she only ate dog food it was like a light went on for the vet and he knew what the problem with my beloved kitty cat was.

She was Taurine Deficient

Something I hadn’t given much thought to at all had almost killed one of my best friends, I was beside myself with guilt.

The occasional snack with your pup might not be detrimental to your cat’s overall health and will probably just result in an upset tummy, some vomiting or diarrhea – dog food is absolutely not something that should be used every day as a substitution for cat food.

If your cat is picky and insists on eating dog food try and persuade him to eat by offering wet foods or different brands.

Baylie Corpier is an experienced freelance writer, specializing in animal and pet related articles. She spends her time admiring and appreciating the differences of all animals; Fang, Fur or Fin. A Woman of Whimsy living in the Inland Northwest with her husband and daughter as well as their dogs, cats, fish and T-rex hatchling.

View all of Baylie Corpier's posts.